I recently returned from a city in the Midwest, which will go unnamed (Minneapolis) where there was six inches of snow on the ground from a recent storm the night before. I used to live in the Midwest (Chicago). In fact I was born in the Midwest (Cleveland), so you could say I know a lot about snow, and aside from Christmas week – I HATE SNOW. Sorry skiers, ice skaters (except I used to ice skate and love it), snow boarders, whatever, the time of year that makes me most happy is SPRING! And as I look out my window this morning, I decided the Friday giveaway here at Waterworld Mermaid land is all about celebrating Spring – so tell me about your favorite romance novel that made you smile because there was spring and there was love in the air and if you don’t have a story — make one up!

And oh, last weekend was BRILLIANT because I attended the wonderful WRW In the Company of Writers Retreat. So to share some of the joy (that felt like springtime with a thunder storm mixed in:) today’s Waterworld Mermaid GIVEAWAY features books by NYTimes Best Selling authors Emily March and Darynda Jones (whom I got to meet last weekend – and she was wonderful and her books are wonderful:)! So comment below for your chance at receiving a copy of First Grave on the Right by Darynda Jones and Reflection Point by Emily March. 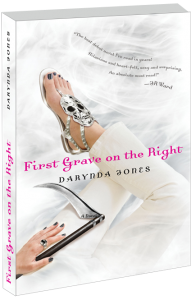 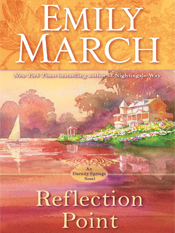 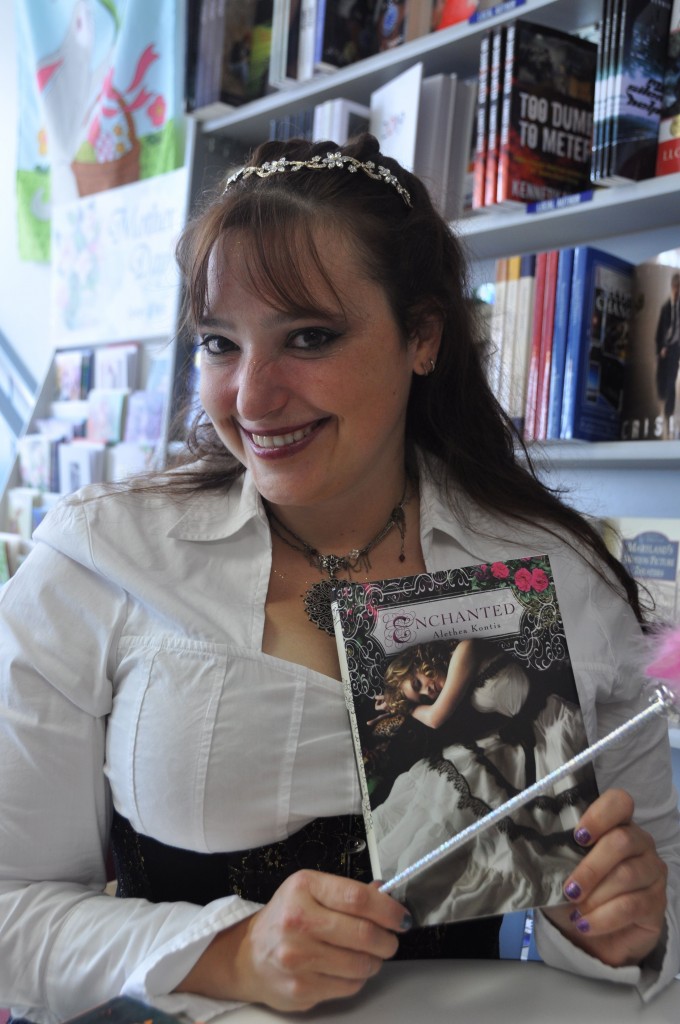 This surprised me. I was nervous. I wanted to conduct the best possible interview ever because I was interviewing the one and only Alethea Kontis. Yes, the New York Times Bestselling author, the multi-published author of the AlphaOops! series, the author of the newly released Enchanted, which is getting RAVE reviews, not surprisingly–and she’s also the founder of the Waterworld Mermaids (and my roomie at the 2012 WRW-DC Retreat). So yes, I was nervous! But if you know Alethea, you know I shouldn’t have been nervous one darn bit. Mainly because she wouldn’t allow it. A charming young woman with an infectious fun-loving personality, and a huge amount of talent, energy and love for writing and for being the best writer she can be, Alethea is fabulous and likely the only Princess I’ll ever know:)…and that’s just fine with me.

It was my pleasure to spend a few minutes swimming in her pond. So, without further adieu, here’s my interview with Alethea Kontis.

Denny said: Let’s get to the facts right up front. What’s your full author name, website, your latest release, the WIP that is keeping you up at night, your agent, your publisher, how long have you been writing…your successes? Yes, I want the mini bio right here, right now!

I have been writing since I was eight years old. I was published by 30 and hit the New York Times bestseller list at 31. I’ve published picture books, short stories, poetry, essays, romance encyclopedias, and now (finally!) a novel. I’ve edited a major anthology, and I have friends in all genres, all over the world. I am a very lucky girl.

Alethea said: Brownies. (The elves, not the dessert. Or the Girl Scouts.) For a bit of milk and honey, I get a lot of work done.

Denny said: What character have you written or are writing that keeps you up at night – just one, please:)?

Alethea said: My most recent obsession was/is a young girl named Ashes on the Wind — the princess formerly known as “Snow White.” I wrote her origin tale as a short story–“The Unicorn Hunter”–that was included in John Skipp’s Demons anthology last year. (You can still read it for free by clicking here. She also appears as a character in the sequel to Enchanted. But it’s not time for me to tell the rest of her story just yet…but I promise you, what a story it will be.

Denny said: What fictional character (book, film, television, comics) has had the greatest influence on your writing style and why?

Alethea said: My writing has been most influenced by the King of Hearts from Lewis Carroll’s Alice’s Adventures in Wonderland. “Begin at the beginning,” the King said gravely, “and go on till you come to the end: then stop.” The rhyming and the nonsense and the impossible things before breakfast are all just part and parcel.

Denny said: What book/author is the current “hot read” on your bookshelf?

Alethea said: Right now on my TBR pile are Wuftoom by Mary G. Thompson, The Taker and The Reckoning by Alma Katsu, and Thieftaker by D. B. Jackson

Denny said: What’s your favorite drink on a beautiful, not too hot, not too cold, spring evening – and who (fictional or not, friend or family, celebrity or historic figure) would be sitting at your side enjoying that drink with you? 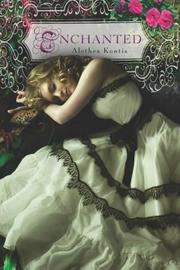 Companion: My Greek grandfather Soterios Kontis–refugee, merchant marine, and pirate–who died before I was born.

Alethea said: I’ve sat here for far too long trying to think of a favorite author. I’ve come up with no less than twenty-seven names. But I don’t have questions. The sentiment I would say to all of them remains the same: “Thank you.”

Denny said: Last question…what question have you been dying to answer but no one has ever asked?

Alethea said: Hey, Alethea, where do your own siblings fall into the Woodcutter family? Which children are they most like?

Then Alethea replied: You know, I was hoping that someone would ask me this question–thank you so much for being that person! My eldest sister Cherie is definitely Monday, fair of face. She was once runner-up in the Miss Vermont pageant. Peter has a lot of my brother West at heart–quiet, romantic, and magic with a knife. (Peter isn’t a fourth-degree black belt in Tae Kwan Do…but there have to be some differences.) I am all of the sisters in some ways, of course, in order to breathe life into them…but I’m most like Sunday. Ironically, my youngest sister Soteria is most like Saturday–strong and soft-hearted, confident and insecure all at the same time.

I would love to make a personality quiz…which Woodcutter sibling are you most like?

Now visitors, it’s your turn!  Alethea will be stopping by to answer questions and to say hi! We also are offering a book giveaway today to one lucky commenter–a signed copy of Alethea’s new book, Enchanted.  So jump in the pond, and enjoy.