Television. There used to be a time when television offered nothing in the summer but reruns. Those days ended with cable TV and a slew of platforms from which you can view most anything. Then came Queen Netflix and the phrase BINGE-WATCHING entered into the modern-day lexicon. 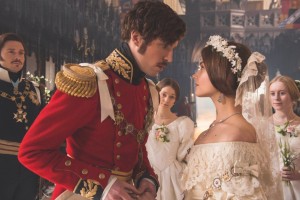 So, this long weekend, I did some binge-watching. And, if you haven’t guessed by the photos, I’ll tell you about two shows as diametrically opposed as two shows can be. Both of which I either have recently binged on or am in the process of binge-watching.

First, I’ll talk about the show I’ve completed. “Victoria” on the BBC is a tour-de-force for an actress I ‘hated’ in Doctor Who. Yes, I’m saying it here: Jenna Coleman is suburb as the feisty, romantic, stubborn Queen Victoria and I can’t wait for season two.

I also will admit that the love story between her and Prince Albert kept me on the edge of my seat (and I know history, I visited Windsor Castle last time I was in England). Definitely, helps the binge-watching gene when a great love story is part of the action. 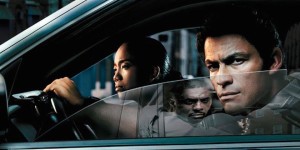 Now, for the other show I’ve been mesmerized by – and yes, I’m very late to this party. I had never watched “The Wire”. The five-season show that was widely heralded during its heydays from the moment it debuted in 2002 (and ended with its fifth season in 2008). Of course, I’d heard about the love generated by Idris Elba’s performance (and okay, he was as fine a fine-looking man then as today. Le-sigh and then some). Anyway, the grit, the dialogue, the story lines–tough, gritty television at its best. Much love, and highly recommended. Okay, those are my TV recs. And watch out for me in the fall at HEA USA Today, talking all things Outlander on Starz when Droughtlander 2.0 finally returns! Now go watch TV (or just keep writing good stories, I read, too:)… 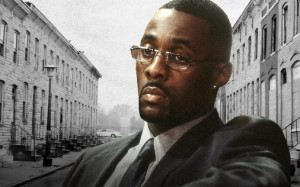