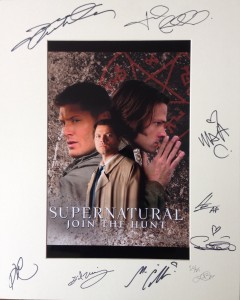 This year we decided to do things a little differently for Christmas and birthdays. Instead of purchasing something that would get lost, broken, pushed aside, or donated later in the year we decided that we would give our kids experiences that will hopefully stick with them for a lifetime.

Our youngest is really musical and almost came unhinged when she discovered that The Piano Guys were coming to the Warner Theatre in March, especially since cello is her primary instrument. For those of you unfamiliar with The Piano Guys, look them up on YouTube; they have their own channel. One guy plays a cello and the other a piano. They write their own arrangements of popular songs, often combining them with classical music, and then create fun videos with stunning photography. So anyway, we got VIP tickets and took Brenna. I cannot even express how thrilled she was.

Our older daughter chose Supernatural Con 2014, which took place last weekend. This was the first year that Supernatural Con has ever come to the east coast, and we were lucky enough to have it right in our backyard – Washington D.C.! Ryan loves Cosplay and Conventions so Supernatural Con was right up her alley. 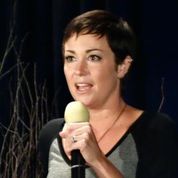 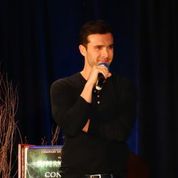 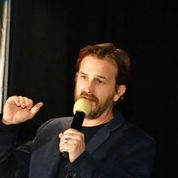 Richard Speight, Jr. was a hilarious Master of Ceremonies and Friday kicked off with panels by Osric Chau (Kevin Tran), Kim Rhodes (Sherriff Jody Mills), Corin Nemec (Christian Campbell), Gil McKinney (Henry Winchester) and Chad Lindberg (Ash). My favorite was the personable and hilarious Kim Rhodes. She was so nice when I ran into her in the bar and then later at autographs. Friday night also had an 80’s themed Karaoke Party with a ton of the cast participating. It was a blast! 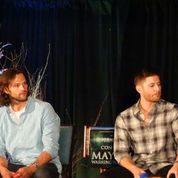 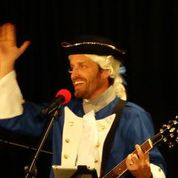 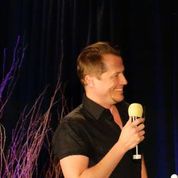 Saturday kicked off with a panel by Osric Chau and Gil McKinney, followed by a panel with Sebastian Roche. And let me just say, that man is just as crude and cheeky in person as he is as Balthazar on the show.  There were also panels by Richard Speight, Jr. (Trickster), Matt Cohen (Young John Winchester), Rob Benedict (Chuck Shurley/Carver Edlund) and Misha Collins (Castiel). There was a costume contest, which my daughter participated in. She didn’t win, there were some crazy good costumes, but she got a stock photo of Jensen Ackles. 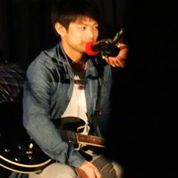 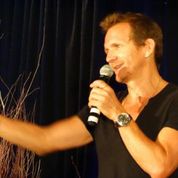 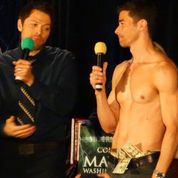 Misha Collins also hosted a live Stageit.com webcast airing two of his TSA (Transportation security Authority) web series. The TSA movie shorts were hilarious and the money raised during the event went to Random Acts, a charity Misha feels strongly about. As a bidding incentive Matt Cohen agreed to take his shirt off if the event raised enough money. Let’s just say, that boy has a rockin’ body! There was absolutely no reason for him to be breaking out into a visible sweat as the numbers climbed. 🙂

Saturday night we attended The Saturday Evening Cabaret starring the band Louden Swain (Rob Benedict is the lead singer) and many of the Supernatural cast members. The Cabaret was a great concert and some of the highlights included Osric Chau and Gil McKinney each singing a solo. They were all crazy talented but Gil was a voice major in college and in addition to being even better looking in person—I’m not sure how that’s even possible—holy crow can he sing! And then we hit the exclusive after party where I danced with Osric Chau and hugged Matt Cohen. So. Much. Fun! 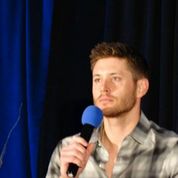 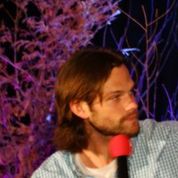 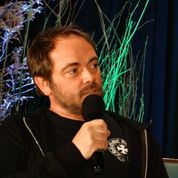 When it was all said and done, Ryan and I had met a ton of the cast members and gotten autographs from Jensen Ackles, Jared Padalecki, Misha Collins, Osric Chau, Kim Rhodes, Gil McKinney, Sebastian Roche and Matt Cohen. We took pictures and danced, laughed and met some new friends, including Jen McKinney who is responsible for most of these lovely photos as I left my camera on the counter at home. Grrr… But the best part of the entire thing was spending time with my daughter one on one. 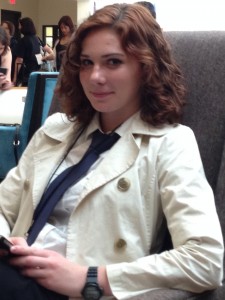 The smile on my baby girl’s face – ABSOLUTELY PRICELESS!