We, in the mermaid lagoon, are super excited to share the cover reveal for our own Pintip Dunn!  Mermaids all across the country are flipping their fins over the complete fantabulousness of this cover!  Thanks, Pintip, for letting us share with Mermaids and Friends everywhere.  This cover rocks, and so do you!  🙂 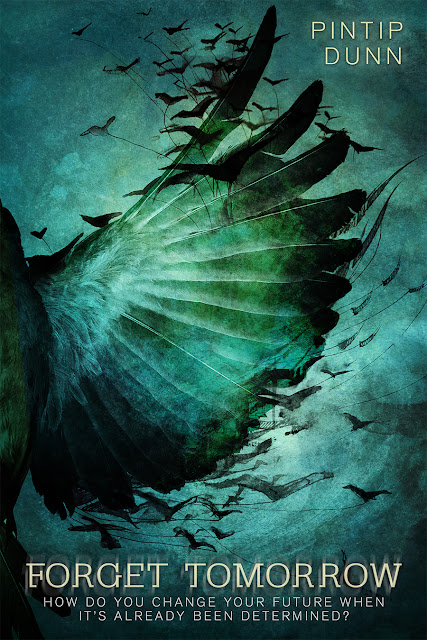 Forget Tomorrow
by Pintip Dunn
Release Date: 11/03/15
Entangled Teen
Summary from Goodreads:
Imagine a world where your destiny has already been decided…by your future self.
It’s Callie’s seventeenth birthday and, like everyone else, she’s eagerly awaiting her vision―a memory sent back in time to sculpt each citizen into the person they’re meant to be. A world-class swimmer. A renowned scientist.
Or in Callie’s case, a criminal.
In her vision, she sees herself murdering her gifted younger sister. Before she can process what it means, Callie is arrested and placed in Limbo―a hellish prison for those destined to break the law. With the help of her childhood crush, Logan, a boy she hasn’t spoken to in five years, she escapes.
But on the run from her future, as well as the government, Callie sets in motion a chain of events that she hopes will change her fate. If not, she must figure out how to protect her sister from the biggest threat of all—Callie, herself. 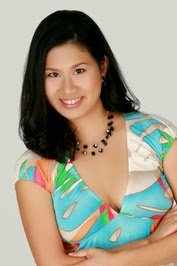 About the Author When my first-grade teacher asked me what I wanted to be when I grew up, I replied, “An author.” Although I have pursued other interests over the years, this dream has never wavered.

I graduated from Harvard University, magna cum laude, with an A.B. in English Literature and Language. I received my J.D. at Yale Law School, where I was an editor of the YALE LAW JOURNAL. I published an article in the YALE LAW JOURNAL, entitled, “How Judges Overrule: Speech Act Theory and the Doctrine of Stare Decisis,” and received the Barry S. Kaplan Prize for best paper in Law and Literature.
I am represented by literary agent Beth Miller of Writers House. I’m a 2012 Golden Heart® finalist and a 2014 double-finalist. I’m a member of Romance Writers of America, Washington Romance Writers, YARWA, and The Golden Network.
I live with my husband and children in Maryland.
Author Links: