My favorite parts of a story are the hidden gems. You know, those inside jokes that family members or close friends will get, those nods to literary, film, or musical influences that superfans will pat themselves on the back when reading. Like the way Tori Amos referenced Neil Gaiman in one song on almost every one of her albums. (That’s right, folks. I was not born a Gaiman Girl, I sprang into his world a fully-formed Toriphile.)

As a writer-geek who enjoys stuffing her books chock full of as many referenced oddities as possible, I am here to assure readers everywhere that we have as much fun including these hidden gems as you do when finding them.

Overall, I think it adds more to the reading experience–especially on multiple readings–when a reader knows more “Behind the Story” — we can connect with the author in a way that brings their writing to a whole new, richer, level.

In the DVD world, we call these hidden gems of bonus material “Easter Eggs.”

In celebration of the release of FLIRTING WITH THE COMPETITION, I’ve asked Kerri to share with us five Easter Eggs that readers can keep an eye out for! EASTER EGGS IN FLIRTING WITH THE COMPETITION

1. I’ll start small. This story takes place in an elevator in the middle of Washington, DC. I tend to set almost all of my stories in either DC, Pennsylvania, or Virginia. Because I went to college in DC, live in VA now, and I grew up in PA, I don’t have to do as much research! #lazykerri

2. My heroine, Whitney, went to Georgetown Law. This is a nod to my alma mater, Georgetown (undergrad, not law school). Hoya Saxa!

3. My hero, Jordan, offers Whitney wild cherry Lifesavers while they’re stuck in the elevator together. I specifically chose wild cherry because I love cherry anything – Popsicles, cough drops, alcoholic beverages, you name it!

4. Almost the entire story happens the day before Fourth of July. I had to go with this holiday because July 4th is my favorite. I love sparkles and to me, fireworks are just extra large sparkles in the sky. *glitter toss*

5. I *may* have a bit of road rage. (Most people who live in the DC-area do as well.) While Whitney and Jordan are stuck in an elevator together, they actually met before that. She cut him off on the road and then he almost runs her over in the parking garage. They have a huge driving-related fight where I got to let out tons of my road rage-aggression, including this line, “I bet you’re the type of driver who pulls out at the speed of light, cuts off brand-new cars all the time, and then proceeds to go slow as Moses?” I have a lot of driving no-nos, but cars that pull out in front of you and then go super slow are THE WORST!

Bonus Egg!
My most favorite TV show of all time is Saved by the Bell. When I first wrote this story I decided to have the two main characters watch a couple episodes of SBTB on their phones and even sing the theme song. “When you wake up in the morning….” Sadly, it didn’t make it into the final cut. But don’t worry – I’ll find ways of slipping Zack, Kelly, Bayside, and The Max into other stories. 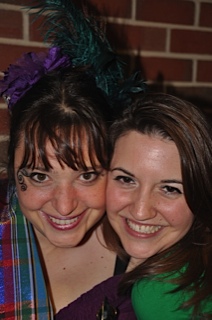 Thanks for talking Easter Eggs and Flirting with the Competition with me today! Although, now all I can think of are those delicious marshmallow peeps. Mmmmm, peeps….

Order your copy of FLIRTING WITH THE COMPETITION, available now!

11 thoughts on “Five Secrets of FLIRTING”