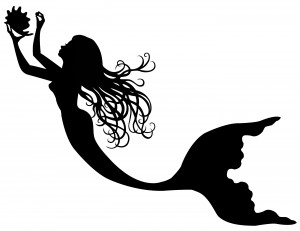 Yesterday morning, I was annoyed. The snow had started too late for school to be delayed. When I opened my car doors, flurries of snow rushed inside, only to melt on the floor mats. My neighborhood roads were a mess, and I slipped and slid out of my driveway. There was so much traffic on 495, it took me THREE times as long to drive my kiddo to school. So, even though we left early, we arrived late. (Although: not really. We got to school after the bell, but *everybody* was late, so no tardy slips were given). Needless to say, I was not happy with the white flakes fluttering from the sky.

But then, I passed another mom dropping her student off. She smiled at me and said, “But it’s pretty, right?” These four little words made all the difference in the world.

Let’s unpack this sentence a little bit. She didn’t say, “It’s pretty!” with so much Pollyanna cheer someone (not me, but you know . . . someone) might be tempted to punch her in the face. “But” at the beginning of the sentence acknowledges all the annoyances of the morning. “Right?” at the end involves me in this observation, inviting me to affirm or disagree. When backed into this corner, I was forced to agree. It was pretty. A blanket of pristine snow, unsullied by dirt and footprints. A continuous sprinkle of flakes, transporting us to the winter wonderland of a snow globe.

It was pretty, and as soon as I appreciated this, my annoyance disappeared.

Amazing, isn’t it? I was so impressed with this change in my mood, I’ve decided to apply this little trick to my future frustrations.

My manuscript making me want to bang my head against the wall? I’ll think, “But you love writing, right?”

My children fighting for the umpteenth time about something ridiculously insignificant? I’ll tell myself, “But they’re cute, right?”

Traffic on 495 backing up at completely random times of the day? Well. If you come up with a sufficient come-back, be sure to let me know!

What about you? When was the last time you were annoyed, and what did you do to combat the frustration? Please share!