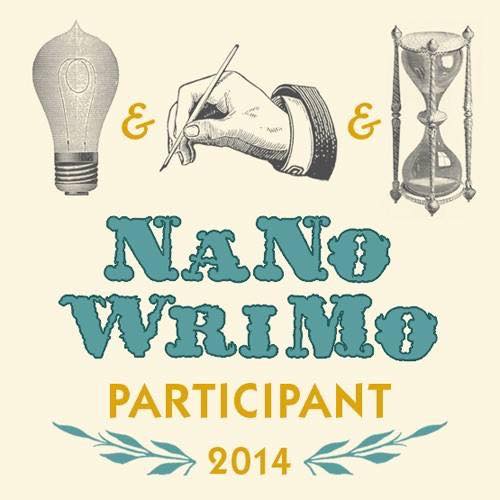 Hello, the lagoon. Welcome to November! And you know what that means…NaNoWriMo!

Since I am 1.) not in the middle of editing or revising a novel at the moment and 2.) new to the East-Central Florida area, I have not only thrown myself straight into the fires NaNo this year, but I have committed to attend several of the Brevard County kickoff parties and write-ins in order to make a few friends and meet some like-minded folks. You know…people who just LOVE writing so much that they can’t seem to think about anything else.

What I’ve forgotten about fledgling writers, though, is that sometimes they would rather just talk about writing instead of actually writing. *sigh* Like teenagers who are in love with the idea of being in love.

And after the jaded “Get Off My Lawn” exasperation in me subsides, I remember what it was like. The dream of writing. The romance. The what-if. Knowing that if I just found that key to the walled garden, the secrets of the publishing world would reveal themselves to me.

Yes, the writing was romantic…back when I snuck it into work breaks and scribbled ideas on the backs of receipts at stoplights. The words were stolen moments in a hidden season, and in them I was transported to the worlds of my wildest dreams.

These days, I mostly feel like a masochistic junkie. I couldn’t stop even if I wanted to.

But it was so lovely to be there in that study room at the Titusville Library on November 1st, surrounded by people of all ages and hearing the joy in their voices as they talked about their ideas. And talked. And talked. And talked. Like lovesick schoolchildren. It was sweet. And I did my best to keep my temper when all I wanted to do was shout “DO YOU KNOW WHAT THE SECRET IS? JUST SHUT UP AND WRITE!” but I didn’t. Because I was in a library. And because writers sound horrible when we say things like that. I remember being a nobody at a major book wholesaler and sitting in on a plethora of author talks, those annoying writers who made writing a novel sound so easy just because they’d done it.

I won’t lie to you: That first one is the hardest. My first finished manuscript was a product of a NaNoWriMo, but I fell short of the word count because the story ended after 36,000 words. It was still the most words I had ever written in a month until then, and it was the first time I had actually FINISHED anything that long. The year was 2004.

The next manuscript I wrote was Enchanted.

That idea I had back in 2004? It was a great idea, I just didn’t have the best tools. But I had inspiration and gumption and the desire to finish something, and I did. I was able to use what I learned in the last decade and go back and make that first story the best it could be. That sort of thing happens in this biz…even Jennifer Crusie didn’t sell Bet Me until a decade after its completion, and that’s my favorite one.

Sometimes, the time just isn’t right. You’ll know it. You’ll feel it. But you have to finish that first manuscript AT SOME POINT. Why not now?

My NaNo project this year is one of the first novels I wanted to write. Now that I (mostly) know what I’m doing, I feel I have what it takes to tackle the project.

The title? Aletta: The Ugly Princess.

I wrote “Aletta” as a short story: handwritten, on 35 pages. I edited it down to four typed pages (with no margins) for a peer grading assignment in 10th grade English and the class loved it. When I was twenty I tried to expand the idea into a novel, but I just couldn’t. I didn’t have *it* just yet. Granted, I didn’t realize then that I could achieve *it* if I just kept on writing…but Aletta was too close to my heart. I couldn’t allow myself the freedom to fail.

Now, I will never forgive myself if I never try.

I’d love to know…who else had crazy story ideas when they were a kid, once upon a time? Would you ever be tempted to go back and write about them? Or have you already?

And what are YOU working on for NaNoWriMo? 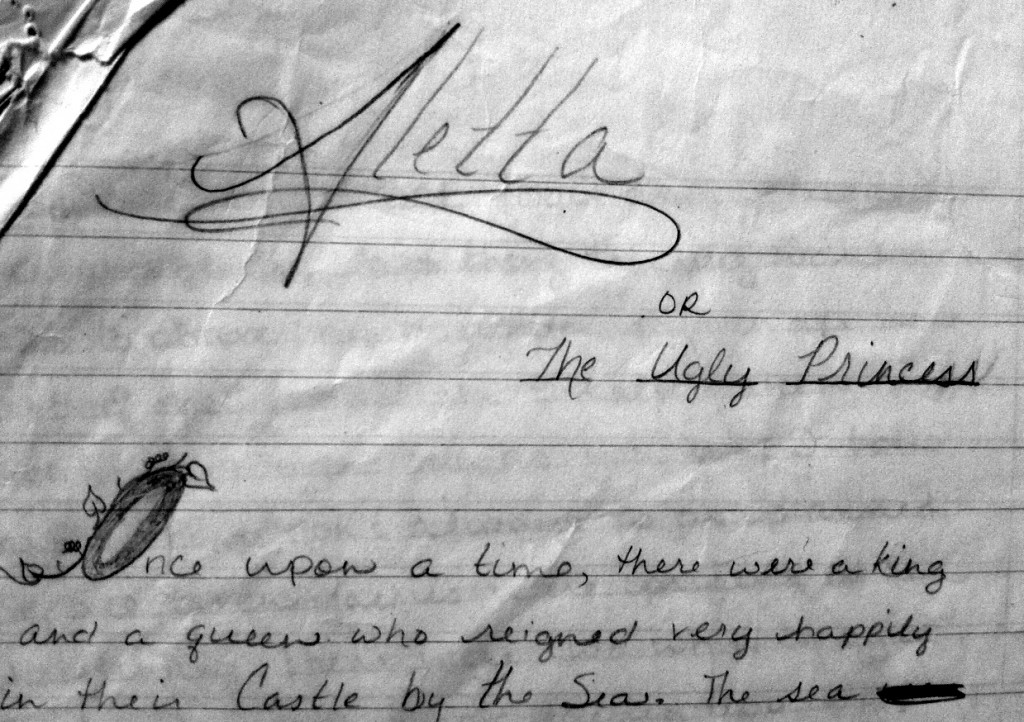