I grew up listening to Barry Manilow, and he’s continued to be an inspiration to me throughout my life. It’s not his fame or fortune. It’s the music, the words and the man behind them. It’s hearing him talk about his Manilow Music Project where he encourages people to donate gently used musical instruments to be given to schools. How can you not love this man?

But knowing he married his manager and long-time partner, Garry Kief, makes me love him all the more. I can’t imagine hiding who I am for fear of what people might say, but I commend him for coming out and coming out so brilliantly. However, I hope we get to the point where nobody ever feels like they need anyone’s blessing to love who they love. No matter who you are.

For all those who may not support him, there are a thousand more who will embrace him and encourage him and rally around him.

I had planned to write this post about Barry Manilow after I attended his concert at the Verizon Center in DC last month, but now I’m glad I waited. My husband of sixteen years took me to see Barry Manilow four times throughout our marriage and he sat beside me as I sang all the words and smiled the whole time, because, SERIOUSLY! How can you not smile when this man sings? My husband jokingly said, “I’ve now seen Barry Manilow more times than Rush.”

I’m either giving him the credit or he’s taking the blame for me becoming a romance writer. In several ways. He set the bar so high. His swoon-inducing lyrics never made me think I should settle for second best. I wanted the kind of love that he inspired.

When I first heard him, I was too young to even understand the meaning behind the words, but, ohmygod, whatever it was he was singing, I knew I wanted THAT. I wanted to feel deeply and passionately and forever.

When I was a kid growing up in Pittsburgh, I used to listen to Barry Manilow on my stepdad’s stereo. This was back when you had to work to hear music. And especially me. We lived in a small house—where our electricity and water were shut off due to nonpayment more than I liked to admit—and I knew the value of having money and power. Literally and figuratively. So, money wasn’t something that I ever took for granted.

My stepdad had a nice—by our standards—stereo, but I wasn’t allowed to touch it. So, of course I did. Every day in the summer I waited patiently for him to go to work and then I’d run over to his album collection and pull out Barry. I would take the album over to the stereo, put it on the turntable and fool around with the needle until it worked correctly. Then I’d listen to that album again and again and AGAIN. I’d dance to the upbeat songs and sit all dreamily during the ballads, not even understanding that kind of love yet.

My mom was in on the secret, but she told me to make sure I was responsible with the stereo and album. We only had one small air conditioner in the house and it was for the back three small bedrooms, divided by a makeshift curtain hanging across the doorway. That made it pretty damn hot in the living room, but I didn’t care. I just wanted to listen to “my” music. One day, I got sidetracked with the temptation of the coolness in the back of the house. And I went. And fell asleep.

Later, I ran back to the living room to put the album away before my stepdad got home from work so he woudn’t know I’d been using his stereo. I looked at the stereo under the window and my heart started pounding. There was the album, completely warped like something out of a Salvador Dali painting. My heart just broke. I tried to heat it even more so I could bend it back into shape, and I managed to lay it flat and slip it back into the album cover.  But it was ruined.

I remember going back to my bed and crying. Sure, I knew I was going to get in trouble for fooling around with my stepdad’s stereo and ruining his favorite album, but it was more than that.

The music was gone.

It took awhile for my mom and me to save up the money to replace the album. It’s strange to look back now at the girl in that house who couldn’t scrape together enough money for music when now it’s something most of us can experience with one click on the internet. When people are streaming and sharing and even pirating artists’ work—whether that’s music or books. But that’s a whole other blog post.

I often think back to what inspired me to begin writing, and the answer would probably be a combination of Barry Manilow and books. Both were something I could experience in certain degrees for free or for a relatively low cost. They were my escape to different worlds. They made me imagine the lives the words told. They made me want so much. Like I said, they set the bar very high.

I write stories about love because I think love is what makes us who we are. I think love is love, and it should be celebrated every time two people find it.  I’m writing a young adult book now about two boys who fall in love, and I’ve been a little scared to finish writing it. Because I’m not a boy. I’m not a teen. And I’m not gay. With the #WeNeedDiverseBooks taking off in a different direction than how it started—which is veering off from diverse books to diverse authors, I’m wondering if it scares other authors who are writing a story that’s different from their own experiences.

But I think Barry came along once again to give me the inspiration I need. It’s not about whether I’m a gay teenage boy. It’s about whether I can write a book that shows two people—no matter their sexual orientation—falling in love.

And I hope I can do that justice.

After all, Love is Love. 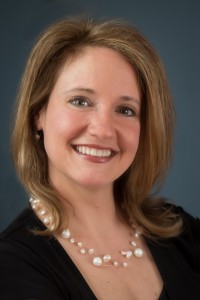