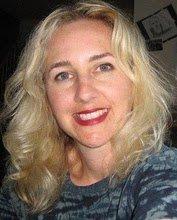 My mer-sister Carlene Love Flores and I have two HUGE things in common: 1. A deep and abiding love of real Mexican food and 2. A special place in our hearts for Depeche Mode. So of course when the latest in her rocker series, Sin’s Flower, came out I had, had, had to corner her in the lagoon to chat Jaxon, great music and the top five falling in love tunes and break-up songs.

Y’all are going to love this interview. How could you not, it’s Carlene?

But before I turn it over you have to check out the Sin’s Flower blurb.

When Jaxon James, a sexy rock star and struggling single-father, is invited to ditch California and spend Christmas in Tennessee with his estranged family, he hesitantly accepts for his young daughter’s sake.  But his attraction to his best friend’s baby sister, Lily Elstone, threatens to unravel the bonds he’s made for his daughter.  The honorable thing to do would be to give up Lily.  But his instincts are telling him she’s exactly the one who could bring light to his life and the missing fire to his bed.  Unfortunately, Lily’s too sweet for his world.  He fears his rock and roll life style will taint her.   How far are Jaxon and Lily willing to go to find what’s missing at home?

Take it away Carlene!

I love these questions and I want to thank you, Avery Flynn, for coming up with them! I’m beyond smitten.

(Right back at you mer-sister! *fist bump*)

What is it about rock stars that sucks you in?

Their ability to captivate masses of people in just one moment. I could never be that interesting and so I like discovering what their special spark is, where it comes from, how it makes them both super intoxicating yet incredibly vulnerable. And then how the bulk of their lives are spent as relatively normal human beings when they’re not on stage. In Sin’s Flower, Jaxon has to deal with everyday things like being a single father and paying his daughter’s ballet lessons on time or going home for Christmas and not pissing off his relatives at the family dinner.

What are the three best things that come with writing about rock stars?

What five songs should be on every person’s playlist when they are in the midst of a new romance?

3. Summer Wine by The Corrs & Bono

4. The Sweetest Condition by Depeche Mode

What five songs should be on their playlist for right after a breakup?

1. Who Have You Been Loving by Bobby Long

2. Tears Dry on Their Own by Amy Winehouse

3. She’s Just a Girl That I Knew by Adam Ezra Group

5. Four Kicks by Kings of Leon.

Jaxon is so hot. What is your favorite thing about him?

Thank you Avery, I’ll tell him you said so. (wink) I love that he’s a single parent and thinking about trying to be a good dad every single day but doesn’t deny his true nature when he’s with Lily. Also he has cool hair (think punk-goth blond Elvis) and a rockin’ hot neck tattoo that is a work in progress throughout Sin’s Flower. Jaxon’s hotness in a song? Check out Man Made Machine by Motor.

Why is Lily the perfect one for him?

Hopefully Jaxon won’t mind me saying this, but I’m obsessed with Joel Schumacher’s Phantom of the Opera movie and Jaxon has always reminded me a lot of the Phantom. I’m broken hearted that Phantom (played by Gerard Butler) bares his true self and isn’t rewarded with love in the end. In Sin’s Flower, Lily seems too sweet to handle Jaxon but I think she proves grit can be made of sugar too. Lily’s secret to Jaxon’s heart? Check out A Woman’s Touch by Casey James.

When you hear Jaxon singing in your head, what real life rock star does he sound like?

So Jaxon is the leader of the band and the chief songwriter, but aside from harmonies, he leaves the singing up to Stefan. I can hear Jaxon loud and clear in his speaking voice or when he’s humming the beginnings of a song, but he just doesn’t put himself out there when it comes to full on singing. Not sure why because he’s got an incredibly sexy voice. But if you want to “hear” Jaxon singing, check out this video of Jeremy Renner from SNL on You Tube. He sounds very close to that first Avenger song.

Can I just end by saying what a lucky girl Lily is? Thank you for having me and my musical friends today! Love stories rock! Big fishy kisses to all our fishy friends. xoxoxo

Be sure to check out Sin’s Flower and the first book in the series, Sidewalk Flower. Both are awesome.