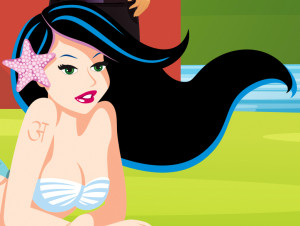 As some of you know, the Waterworld Mermaids were created because I desperately wanted to make friends after moving to Northern Virginia, where I knew no one. (Boy, did that work out well!) So when I moved to Florida, the first thing I did was hunt down the local Space Coast chapter of RWA to try and do the same. Happily, I discovered a ton of amazing writers!

I also discovered that the Space Coast is one long and skinny county. Most of the STAR members live on the southern end (with the fancy beaches and the shopping). I live on the very northern tip (with the rockets and the alligators). So I got to know the writers up north pretty well–even the “snowbirds” (winter-only residents). And then I found out that one of my Nocturne Falls Universe sisters was moving back to Florida…closer to Orlando than Palm Bay…well, I absolutely had to get to know her!

I’m not sure words can describe how quickly I fell in love with Jax Cassidy. Or how it feels like I’ve known her far longer than I actually have. So you can imagine how absolutely thrilled I am to reveal the cover of her new NFU title THAT JUST SO HAPPENS TO BE ABOUT MERMAIDS! (See? I told you we were kindred spirits!)

Luna Matsya is a local celebrity as a trendsetting hairstylist, but she’d prefer to spread her fin in a nice body of water rather than make a big splash around town. She’s starting to believe that her ability to live and walk among mortals is more of a curse rather than a blessing. Especially now that the flashy tent from a touring magic show is blocking her lake. Where’s a mermaid to swim when the slightest mistake can put her in the spotlight?

Ace Conall is infamous for his daring tricks and he plans to make history with an epic illusion before taking a lengthy hiatus. This is a chance for him to finally feel at home after harboring a secret that may be the greatest magic act never revealed. What he hadn’t expected was falling for a smart-mouthed siren tangled up in his plans…

I cannot WAIT to read Jax’s spin on mermads. The book releases on May 23 — be sure to place your preorder now! 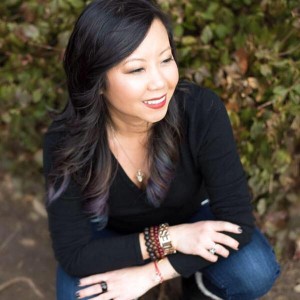 USA Today Bestselling Author Jax Cassidy followed her dreams to Paris, then Hollywood to pursue a film career but managed to fall in love with penning sexy romances and happy endings. She is Co-Founder of Romance Divas, and award winning writer’s website and discussion forum. Jax is also known as one-half of the retired writing team of Cassidy Kent.