This week featured The Garden Party from Denny S. Bryce and Memory Garden by Kerri Carpenter. Recently, we corned our fellow mermaids in the lagoon and got the story behind their stories.

END_OF_DOCUMENT_TOKEN_TO_BE_REPLACED 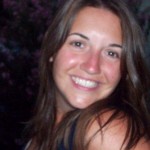 Drew watched as all the color drained from Lilah’s face.  Damn, he didn’t want to hurt her again.  She started to walk away but he grabbed her arm and spun her to him.

He dropped his hand immediately and watched her storm out a set of side doors.  He ran a hand over his face.  This wasn’t going how he had hoped at all.

And couldn’t she have looked a little less gorgeous for this?

END_OF_DOCUMENT_TOKEN_TO_BE_REPLACED 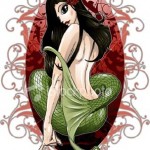 “This one here.  Is this a lily of the valley?”

“Um…” Lilah stuttered, praying for some flower enthusiast to spontaneously walk by.  “Well, actually, I think it’s quite lovely.  It looks so fresh and happy there, doesn’t it?” she attempted lamely.

Chrissy pinned her with a dubious stare before rolling her blue eyes.  “Whatever.  I don’t really care what it’s called but I want this flower in my bouquet.  Make a note,” she commanded.

Lilah suppressed an urge to make a note about possible hit men in the Washington, D.C. area.  Instead, she took a picture of the flower in question with her phone and made a corresponding note.  Flowers really weren’t her thing.  She knew dandelions, roses and, well, dead, since that’s how all living plants ended up in her apartment.

Chrissy let out an annoyed whine before moving on.  The one good thing about Lilah’s current bridezilla, er client, was that her attention changed every second.  “Where’s Perry?  I mean, ohmigod, we have so much to do.”

“I believe your fiancé said he was meeting his best man out front and would be back in a couple of minutes,” Lilah supplied.

“But that was like ten minutes ago.  Doesn’t he realize how busy I am?  I mean, I have like a million things to do today.”

None of which involve a real job, school or anything remotely adult, Lilah thought with a silent sigh.  She did suppose that swiping daddy’s credit card took some energy.  At least at the rate Chrissy used it.