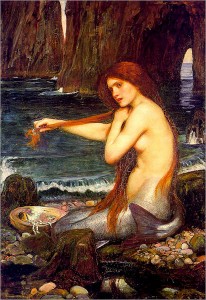 Like many a work of prose, this blog post was born from the merging of two entirely separate ideas.

Idea Number One: I often joke to friends about certain “Lost Arts” of the twenty-first century — habits that are fading out of existence that wouldn’t normally cross the mind of anyone over the age of 25. A few examples:

Idea Number Two: Researching is a fabulous rabbit hole. A writer can google “bird wing anatomy” and find herself hours later researching Native American snake myths. (Not that I’ve done this before…ahem…) A few times I have been temped to blog about my researching adventures, and the myriad of things I’ve discovered in my virtual travels.

So in researching what other folks might consider “Lost Arts”, I stumbled upon a few things I hadn’t considered.

The Lost Art of Handpainted Movie Billboards — there is an octogenarian artist in Greece keeping this alive.

The Lost Art of the Unsent Angry Letter — Therapists recommend it, even Abraham Lincoln utilized this practice to keep himself calm. In today’s world of social media, it’s often In Brain, Out Fingers.

The Lost Art of Pickpocketing — Because, really…that’s just too much hard work.

The Lost Art of Quitting — It’s actually okay to let go of the things that don’t matter. Sometimes your pride is just bullshit.

The Lost Art of Sacred Art — No one has time to be Michelangelo or Fra Angelico anymore, leading to Churches of Ambiguity.

The Lost Art of Doing One Thing At a Time — Self-explanatory. And I kind of love it.

What are some “lost arts” you’ve noticed in your every day life? Anything in particular  you think might be going extinct in the next few decades?