All of the readers I know have certain authors or books that they read again and again. I am no exception. One of my favorites is Shanna by Kathleen Woodiwiss. I recently finished Shanna for the twenty-seventh time. Honestly, I have no idea how many times I’ve read it, but often enough that the tattered cover and well-worn spine mark it as a favorite on my shelf. This latest reading prompted me to think about all of the well-loved romance novels out there, and the happiness they have brought so many.

But where did all of this romance begin? If I had to guess I’d say back with the caveman. Maybe the first time a big bad alpha caveman brought his main cave woman squeeze daisies or drew a colorful painting on the wall to make their cave sweet cave a little homier. My point is, as long as there have been men and women, we have shown off, flexed, primped, strutted and gone out of our way to do special things to attract each other. The real question is how  did all of this romance and happiness get into books?

Many feel that the literary fiction of the 18th and 19th centuries are precursors to today’s fiction romance genre. Authors like Samuel Richardson, Jane Austen and Georgette Heyer were among the first to write literary romance. But during my research I was surprised to discover that Kathleen Woodiwiss is considered the mother of modern romance. In 1972, after many rejection letters from other houses, Avon published The Flame and the Flower, the first novel to feature an “…epic historical romance with a strong heroine and actual sex scenes.” This was the first romance novel to carry the relationship into the bedroom. The book was wildly successful, pioneering the historical romance genre and selling over 2.3 million copies in its first four years of publication. The Flame and the Flower’s success spawned a new style of writing that involved longer and more complicated plots, controversial topics, and steamier sex scenes. Also, the stories focused on monogamous relationships with helpless heroines who often found themselves in sticky situations, so it’s a good thing all of those strong alpha heroes were there to charge to the rescue. (We won’t mention the part where the hero was usually the one to put the heroine in danger to begin with).

According to the most recent statistics I could find, more than 50% of paperback fiction sales are attributed to romance novels. Romantic fiction made up 13.5% of the consumer book market in 2008, publishing 7,311 romance novels and generating $1.37 billion in sales. Most of these books are written by authors from English speaking countries but romance novels appear in 90 languages around the globe, proving that emotion translates. So it’s obvious, although thousands of years have passed since that first caveman got the hint and brought his girl flowers, not all men have caught on… and women are still looking for romance. 🙂

New Orleans has one of the most intriguing and unique neighborhoods in the USA–The French Quarter. It  only encompasses a few blocks, but it attracts millions of tourists every year. This is my 10th trip to New Orleans, and I am excited this trip is all about reading and writing romance! Here’s a brief pic-spam from my first day and a half at RT.

My first RT Convention has  started  with a bang. I hung out with Cherry Adair and met debut authors Stella Barcelona and Tina deSalvo – and visit Tina’s website for more information about  Friends Fight Together. 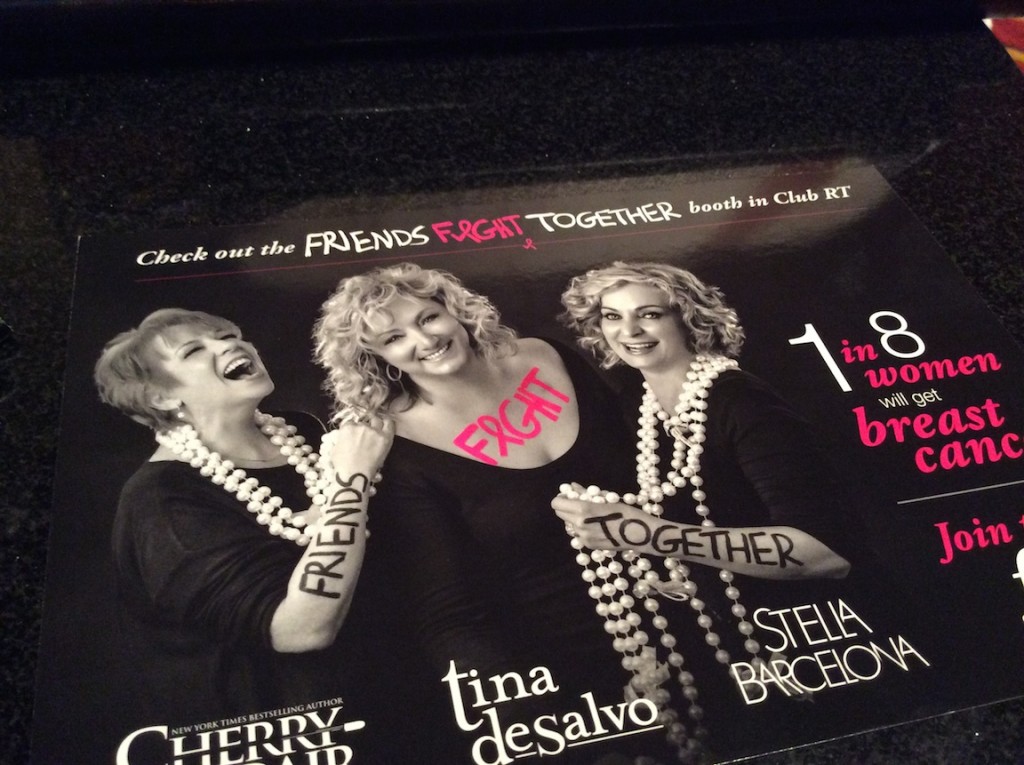 Those are raw oysters, but look at the gigantic oyster in the middle – it’s like the Godzilla of oysters! 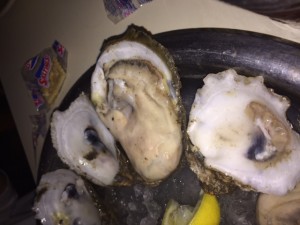 And yes, that is Ms. Avery Flynn herself, taking a bite out of Godzilla and texting about it! 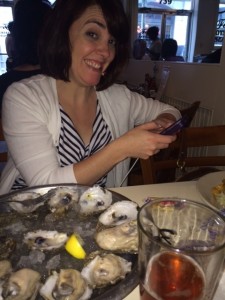 Monday I was sitting on a bench in the  hotel lobby and ended up meeting a few dynamic historical romance authors (three of whom are alumni Golden Heart Finalists!) From left to right (First Row): Erin Knightley (who I met at RWA Orlando and who took this group selfie!) and Heather Snow and Second Row from left to right: Jade Lee, (moi), and Elizabeth Essex (who has cool luggage tags:). 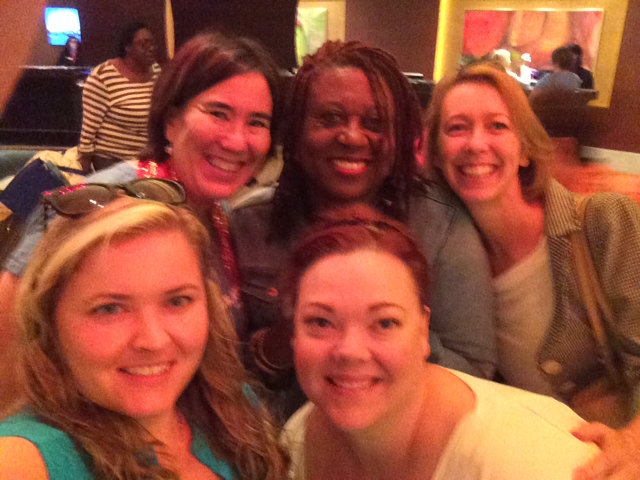 Are you at RT? Find me @dennysbryce and include the hashtag #RT14!