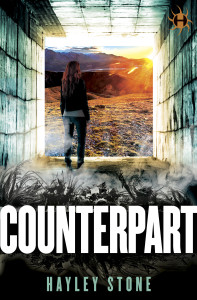 The high-intensity sci-fi thriller series that began with Machinations continues as reincarnated insurgent Rhona Long faces off against the one enemy she can’t outwit: her own clone.

The machines believed their extermination of the human race would be over as quickly as it began. They were wrong. As the war against extinction intensifies, people are beginning to gain the upper hand.

Commander Rhona Long understands survival better than most. Killed in combat, she was brought back to life using her DNA, and she’s forged a new, even more powerful identity. Now the leader of the resistance, she’s determined to ensure the machines are shut down for good.

But victory is elusive. The machines have a new technology designed to overcome humanity’s most advanced weaponry. Despite Rhona’s peacekeeping efforts, former nations are feuding over resources as old power struggles resurface. Worse, someone inside the resistance is sabotaging the human cause—someone who, from all appearances, seems to be Rhona . . . or her exact replica.

“A tension-filled story of loss, loyalty, and forgiveness, with abundant Terminator-style shoot-em-up scenes and a snarky, kickass female warrior. I inhaled it!”
– Jennifer Foehner Wells, bestselling author of Fluency

“This violent, bloody, romantic tale is full of awesome mechanical foes and authentic characters you love or hate, like real people . . . The nuances of the title promise more than meets the eye, and the prose delivers.”
– Perihelion

“An SF techno-thriller with heart and soul.”
– Alex Bledsoe, author of The Hum and the Shiver

“Machinations is an action-packed SF thriller loaded with fantastic characters and gut-wrenching emotional twists. [. . .] The prose is stunning, the action is non-stop.”
– Linnea Sinclair, RITA Award-winning author of Gabriel’s Ghost

“Machinations is a thrilling fusion of action and heartbreak, with quick pacing, rich characters, and a one-of-a-kind story. A great debut.”
– G.T. Almasi, author of Blades of Winter

Purchase your copy of Counterpart today!

And don’t forget to add it to your Goodreads! 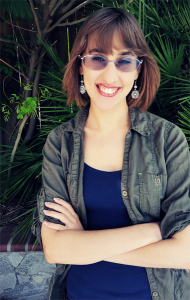 Hayley Stone has lived her entire life in sunny California, where the weather is usually perfect and nothing as exciting as a robot apocalypse ever happens. When not reading or writing, she freelances as a graphic designer, falls in love with videogame characters, and analyzes buildings for velociraptor entry points. She holds a bachelor’s degree in history and a minor in German from California State University, Sacramento. Counterpart is her second novel, and a choice for Amazon’s Best Sci-fi and Fantasy Books of the Month for October.