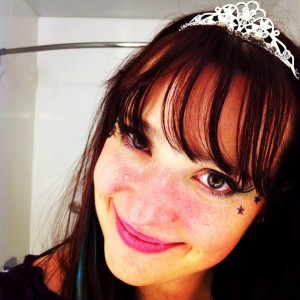 I finished a new novel yesterday.

I didn’t write the words “THE END” because I was running late for a dinner party. I sent the last chapter to my mom (she reads chapter by chapter) and the whole thing to my editor and went off to watch the sunset at Cocoa Beach (technically, the Banana River).

I don’t think I was much fun at the dinner party. Which was okay–it meant I got to sit around and soak up other people’s stories for a while. And it allowed me to process some things.

Because I had just finished the first book I’m ever going to self publish.

I know what you must be thinking right now: “I get it. She got dumped by her publisher because she’s a terrible writer. Ugh. I don’t have to listen to this.” I know this is going through some people’s minds because it’s what went through my mind many, many times in those first days.

Yes, I did get dumped by my publisher last year. I also got dumped by my boyfriend. Turns out, sometimes in a failing relationship you accidentally find a door marked EXIT. Sometimes even in the same 24 hours.

I’m here to tell you to take it.

Here’s what I heard happened with the publisher: Somebody new came in. Somebody higher up. For whatever reason, everyone I knew and loved at my publisher started leaving. The head of Digital. The head of Marketing. My own beloved editor. Turns out, my publishing contract was just one of the first casualties of this event. You know, no hard feelings.

I had spent years forming these relationships. If they hadn’t dropped me like a hot potato, I would have been forced to start fresh with all new people…even if I didn’t like them. As it was, I was going to have to work with all of these new people for my last book there. They pushed back the release date, sent it through several more rounds of copyedits even after the final pages were done, and declined the change we had decided to make on the cover. One of the new people, I fell in love with. One of the new people I didn’t care for at all.

And yet, like that terrible boyfriend, if they had asked me back in those first few months I probably would have said yes.

There have been other times like this in the past when the Universe has saved me from myself. This is why, when I look up at the stars at night and don’t have a wish on the tip of my tongue, I say, “Thank you.”

I finished a book last night. My editor will look at it today, because her only client is me. I have full approval on the cover art. And the title. Barnes and Noble will not be swooping in to change anything at the last minute. My author photo will be on the back (or jacket flap). I have a copyeditor lined up, and proofreaders, and I have to get back to the layout people.

This book could be out in a month.

Beyond that: New York would never have let me write this book in the first place. There are already two parallel novels in the Woodcutter Sisters Series — this is a third. It’s a spinoff series, like starting Angel in the middle of Buffy. If Dearest is Book 3 of the Woodcutter Series, this is Book 2.5. Also, the entire novel’s worth of adventure bumps right up against 40,000 words. New York pretty much has no idea what to do with that.

But you know what? My fans know what to do with it. Mom read the last chapter this morning over her coffee, gave it two thumbs up, and yelled, “ENCORE!”

I am thankful that the romance writing community has embraced self-publishing in such a vigorous way, when other genres still look down their noses at it. You know what? I think every published author should try self-publishing a novel, in the same way I think everyone in America should have to work a retail job through the Christmas season. Short stories don’t count. I’ve self-pubbed those too. It’s not the same. You have to spend months–YEARS–invested in a title and then realize that, if your ducks are in a row, it will be in the hands of fans around the world in one month. Not a year, not two years, but ONE MONTH.

That is where the joy is. JOY. That is the strange feeling I contemplated in silence as I watched the dolphins frolic in the twilight.

Would I like to continue publishing with traditional New York publishers? Yes. Specifically, I would like to work with my beloved editor again at her new publisher. But I will be finishing the Woodcutter Series on my own, with no fear.

The paperback of Dearest will hit stores next February. My goal now is to see how many books I can get out into the world before then.