Mary B. Rodgers and I have been friends for a very, very long time–all the way back to the Codex Writers Group. She’s been my roommate and my date to awards ceremonies…she’s even my legit fairy godmother. Yes, on the eve of my book launch in 2012, I found myself in NYC with nothing but literal rags to wear. “Give me that,” said Mary, and she took the rags. When she reappeared, she had a beautiful renaissance top and full golden skirt for me. I AM NOT EVEN MAKING THIS UP. How could I? You already know my life is a fairy tale.

Mary and I got to spend some  long-overdue time together at DragonCon–I even dragged her to be in the parade with me. The parade is not for the faint of heart and has beaten many a friend before her….but my dearest Mary had the time of her life.

And so it is with great pride that I present to the lagoon Mary’s latest novel, Winner Take All! To celebrate, Mary has decided to jump in with her own tale (ha!) of that first novel…

Imagine a sprawling, adjective-pockmarked portal fantasy featuring a grumpy heroine and some poorly disguised mythological denizens of Irish origin, and you’ve got Vanishing Point, my first clumsy, albeit heart-felt attempt at writing a fantasy novel.

Good Lord, was it awful.

And I loved it. Every cliché-ridden, melodramatic word.  Every impossible situation from which I extricated my protagonist by using the Giant Hand Of The Author ™ instead of logical narrative sequence. Every creature I created that miraculously communicated in perfect English, toothy jaws and skull-crushing mandibles notwithstanding.

I still love it.

And it will never see the light of day. ::triple-locks forlorn manuscript into a pirate’s chest and sends it all down to Davy Jones’s locker::

What do we call these things when, kicking and screaming all the way, we allow ourselves to grow up? Ah, yes. “Learning” experiences.

I may have learned, but thankfully I haven’t grown up that much.

I still love to lose myself in magical fantastical landscapes, still root for the brave and much-put-upon protagonist who fights and loses but keeps on fighting, still passionately believe in the power of love and the truth of hard-won happy endings.

And if someday I decide to break open that pirate’s chest and revisit the little world I invented, and send my hapless heroine down a raging torrent into a dangerous and unfamiliar wilderness …maybe with all that time spent at the bottom of the ocean, my story will have “suffered a sea change, into something rich and strange.” Maybe I’ll be able to hear the heartbeat of the land and understand what it’s trying to say to me.  Maybe I’ll know how to listen better to the secrets  my characters whisper in my ear.

I’m open to most possibilities.

The grumpy heroine is non-negotiable. 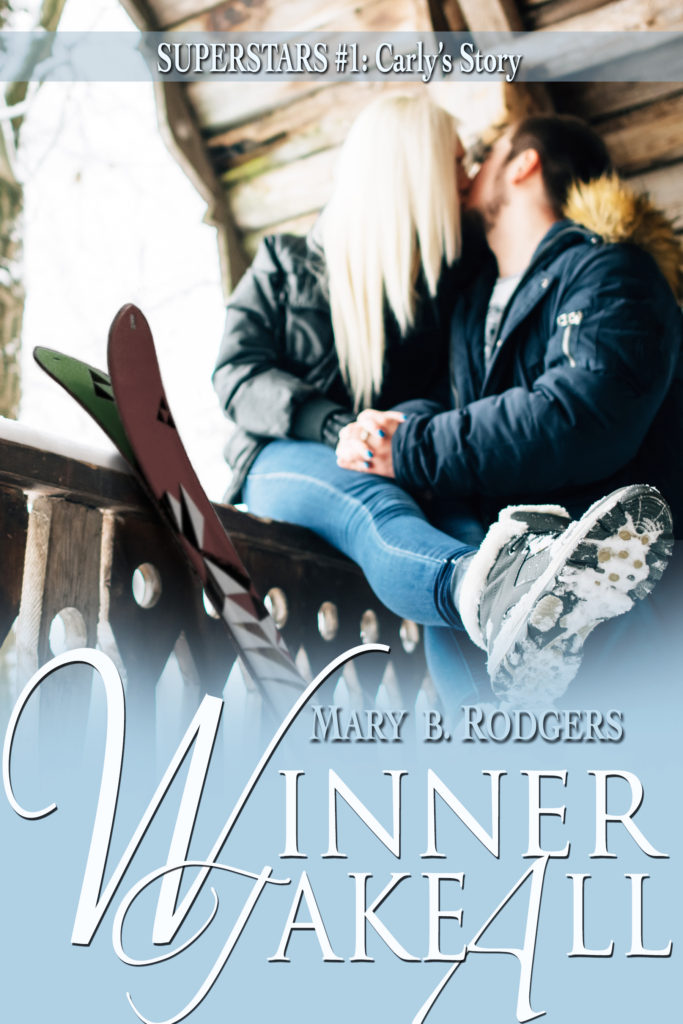 Hot shot skier and unrepentant party girl Carly Carrington is on top of the world until a disastrous crash destroys her championship dreams. Can she lower her guard long enough to trust the one man who might be able to heal her body…and her heart?

When it comes to sports doctors, buttoned-up Paul Blackburn is the best of the best. But when Carly upends his carefully ordered little world, will Paul fight his one chance at true love, or go for the gold in…WINNER TAKE ALL!

I am so excited about this book; I bought the Kindle version immediately! But if you prefer paperbacks, don’t despair–Winner Take All will be available in print very soon! 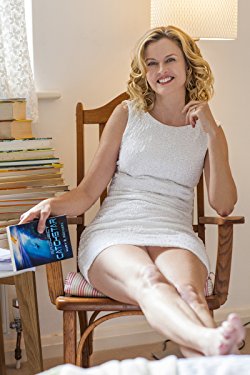 A career performer and storyteller, Mary was the keyboardist and lead vocalist in an all-female rock band for a number of years, and has acted in leading roles in plays and musicals across the globe.

Her first screenplay, Common Ground, was a finalist in the Moondance International Film Festival competition, and she is a member of the Screen Actor’s Guild/AFTRA and the New York chapter of Women in Film and Television.

An avid gamer and unrepentant nerd, Mary’s been a fan of romance, science fiction and fantasy novels since she was old enough to hide them between the pages of her textbooks during geometry class in high school. She hopes you enjoy her stories!