I’m so excited about my second novel, YA thriller, THE DARKEST LIE! Check out the book below, along with the teaser excerpt, and be sure to enter the TWO giveaways! I will be giving away a five-pack of my favorite YA contemporary thrillers (along with my first novel FORGET TOMORROW). Kensington Publishing will also be giving away FIVE copies of THE DARKEST LIE in a Goodreads giveaway. 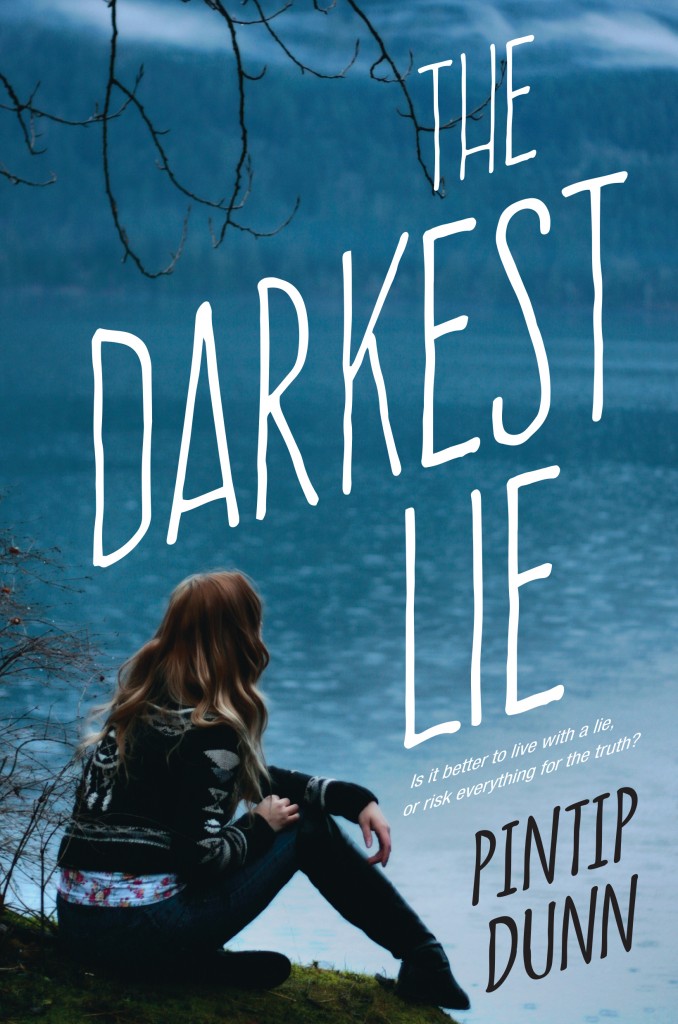 “The mother I knew would never do those things.

But maybe I never knew her after all.”

Clothes, jokes, coded messages…Cecilia Brooks and her mom shared everything. At least, CeCe thought they did. Six months ago, her mom killed herself after accusations of having sex with a student, and CeCe’s been the subject of whispers and taunts ever since. Now, at the start of her high school senior year, between dealing with her grieving, distracted father, and the social nightmare that has become her life, CeCe just wants to fly under the radar. Instead, she’s volunteering at the school’s crisis hotline—the same place her mother worked.

As she counsels troubled strangers, CeCe’s lingering suspicions about her mom’s death surface. With the help of Sam, a new student and newspaper intern, she starts to piece together fragmented clues that point to a twisted secret at the heart of her community. Soon, finding the truth isn’t just a matter of restoring her mother’s reputation, it’s about saving lives—including CeCe’s own…

“This one will tug your heart and leave you breathless!”
–Natalie D. Richards, author of Six Months Later

Excerpt from THE DARKEST LIE

Well, technically, me first. There was always only three of us in the nuclear unit, and Dad’s been locked in the den for the past seventy-two hours. I’ve only seen him once, when he shuffled upstairs like a pajama-clad zombie and asked me if I’d eaten.

That was it: Did you eat?

Not: I prefer the cherry wood casket. Or: Let me make your grandma’s travel arrangements. Or even: I know this was Mom’s favorite dress, but isn’t the neckline a little…low?

Yes, Dad. I had soup from the can and microwaved pizza rolls and a bowl of cereal. The food sloshes in my stomach now as I walk down the runner to the casket I picked out because of its mauve tint.

Calla lilies pile in urns around the viewing room, and the air-conditioning wars with the sweat along my hairline. My mom smiles at me from a portrait erected behind the casket. Her eyes are hesitant and a little wary, as if she knew, somehow, some way, she would wind up here. Lifeless. Pumped full of formaldehyde. About to be gawked at by a town full of gossips.

This was only going to end one of two ways—with Tabitha Brooks dead or in jail. I never thought I’d say this, but I’d give anything to see my mother behind bars.

I wade through the dense, chilly air and stop a few feet from the body. Behind me, my grandmother and aunt sit, a box of tissues between them, blowing their noses like it’s a sport.

“Look at our Cecilia,” Gram sniffs. “So brave. Not a single tear shed.”

If she only knew. I’m not brave. Fifteen minutes ago, I was retching into the toilet bowl. Five minutes from now, when the doors open for the visitation, I’ll be long gone, leaving Gram to shake people’s hands and deal with the bit lips, the knowing eyebrows, that inevitable speaking-in-a-funeral-parlor whisper. I can hear the titters: “Is it true? Tabitha’s heart stopped while she was boffing the high school quarterback? Why, she must’ve been twenty years his senior!”

Twenty-three years, to be exact, and a high school English teacher to boot. But she didn’t actually die during sex. Instead, a few days after Tommy Farrow came forward with their affair, my mother took her own life.

What could be a clearer admission of guilt? She might as well have been caught in the act. The investigation was shut down before it even began.

I take a shuddering breath. Two more minutes. A hundred and twenty seconds and then I can leave. I steel my shoulders and walk the final steps to my mother’s body.

Oh god. It’s even worse than I thought.

The room whirls around me, and nausea sprints up my throat. My hands shoot out to grab the casket, stopping short of actually touching the corpse.

This . . . this thing . . . can’t be my mother. She never smiled like that, all serene and peaceful-like. She never wore this much makeup; her red hair was never chopped so closely to her head. My mother was chaos and passion, devastation and joy. Dad used to say you could reach deep into her eyes and pull out a song.

Well, her eyes are closed now, and I’m not sure there’ll be any music in my life, ever again. 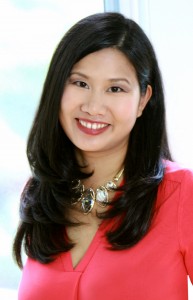 She lives with her husband and children in Maryland. You can learn more about Pintip and her books at www.pintipdunn.com.

One winner will receive a prize pack including the following 5 books: Forget Tomorrow by Pintip Dunn; Six Months Later by Natalie Richards; Find Me by Romily Bernard; and From Where I Watch You by Shannon Grogan; Lies I Told by Michelle Zink

One thought on “The Darkest Lie Excerpt and Giveaway!”