The question in the lagoon this month has been: What’s the one thing you cannot write without?

We’ve had a plethora of fabulous answers from writers all over the world. Today’s answer comes from: me!!!!

This answer will not surprise any of the mermaids or anyone who knows me… Can you guess? 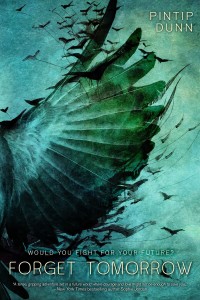 My answer is: I cannot write without my iPhone.

I have long-standing fibromyalgia/RSI, which means I can’t type on a keyboard without debilitating pain.

Before smart phones, I coped by having a typist, taking exams orally (even the bar exam!), and using a voice-activation program such as Dragon Naturally Speaking. I made it work for about ten years, but I hated every minute of it. For whatever reason, I just don’t enjoy dictating my words.

And then, I got my first iPhone, and my life changed. I discovered I could type on the screen’s keyboard with minimal pain, so long as it was locked in “portrait” position. (Even the keys in “landscape” position are too far apart for me.) I was so happy to be “typing” or at least “tapping out” my words again.

FORGET TOMORROW was the first novel I wrote on my iPhone. Since then I have written three more.  Just finished the first draft of that third one today, in fact.

Imagine a world where your destiny has already been decided…by your future self.

It’s Callie’s seventeenth birthday and, like everyone else, she’s eagerly awaiting her vision-a memory sent back in time to sculpt each citizen into the person they’re meant to be. A world-class swimmer. A renowned scientist.

Or in Callie’s case, a criminal.

In her vision, she sees herself murdering her gifted younger sister. Before she can process what it means, Callie is arrested and placed in Limbo-a hellish prison for those destined to break the law. With the help of her childhood crush, Logan, a boy she hasn’t spoken to in five years, she escapes.

But on the run from her future, as well as the government, Callie sets in motion a chain of events that she hopes will change her fate. If not, she must figure out how to protect her sister from the biggest threat of all-Callie, herself. 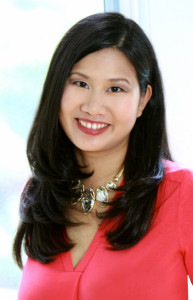 6 thoughts on “Cannot Write Without by Pintip Dunn”