In 2011, I went to the RWA® National Conference in New York City and pitched a manuscript. I remember the pitching room was filled with like 427,000 agents and editors. The waiting area outside was commandeered by a mean woman who yelled at us like cattle. Really naughty cattle who had used her toothbrush. She detested us! 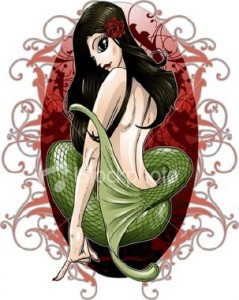 I walked up to a very well-known editor wearing my specially chosen flouncy polka-dot skirt and coordinating hair accessories, which she did comment on. Yay! I knew we would be best friends. I pitched my manuscript, she liked it, and asked me to send the whole thing. Then she said the words that rocked my world.

HAVE YOU WRITTEN ANYTHING ELSE?

At the time, I was quite nervous and somewhat flustered from above mean lady yelling at me like cattle. I didn’t take the time to process her question. If I had, I would have realized she meant, do you have anything else that is finished that you can pitch to me today because you are slotted to talk to me for ten minutes and we are only a minute and half into your session. Instead, I took her question to mean, Have you written anything else…EVER?

With a big smile and imaginary glitter, I shouted a resounding, “Yes!”

Editor stared at me. Shit! The reality came crashing down. She wanted me to pitch another story.

So with an adorable smile, I made up a story off the top of my head. It involved four sisters who had been adopted by two people who died at the opening of the first book. They lived in a quaint Virginia town called Blue Lake. The love story was about reunited high school loves.

The editor’s eyes lit up. “Send it to me immediately.”

Double-shit. I hadn’t written it yet. Hell, I’d just thought it up.

When the conference ended, I visited my brother out on Long Island. I sat on the sand of a beach in East Hampton and started writing this mythical story by hand in a legal pad.

That story is called The Best Kind of Love.

It is going to be published tomorrow.

It’s taken many names and many shapes over the last three years. The editor I pitched it to in NYC did not acquire it. I almost gave up on it multiple times. But it was that crazy story I thought up on the spot that eventually won two contests and brought me together with my agent. It’s not just a story I made up off the top of my head. It’s been my story for the last three years. And I can’t wait to share it with all of you.

And if you’re wondering about the title of this post – Hot and Humid – well, that’s a story for another time…. 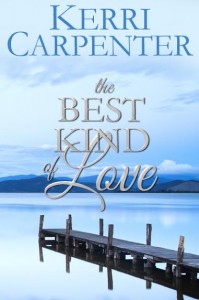 17 thoughts on “Hot and Humid”