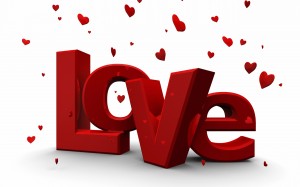 We love Valentine’s Day so much that we are celebrating all week long. Today we ask some of our favorite industry professionals the question: Who is your all-time favorite hero/heroine?

Yesterday, the mermaids discussed why we write romance. Our celebration will wrap on Thursday with a gift card giveaway. Leave a comment below to be entered in the giveaway. You can also earn extra chances by leaving comments on yesterday’s and tomorrow’s posts!

Who is your all-time favorite hero/heroine?

In a world in which Jewels are a reservoir for power, and the darker the jewel means the stronger the power, Daemon Sadi is a Black-Jeweled Warlord Prince, the strongest man in the Realms—and yet, he is a pleasure slave, bound to serve at the whim of an evil corrupt Priestess who holds the life of the person he loves most in her hands to keep him under her thumb. A prophecy is made, that She is coming, the Dreams Made Flesh, the Queen all who are good have longed for, and Daemon knows he is meant to be her lover. So he waits—for centuries—serving evil, selfish women; tortured at their whims, barely suppressing the violence that lives within him. The only thing keeping him going is the knowledge that She is coming. But when he finally meets her, she is a child, and so he must continue to wait for her to grow up, in the meantime befriending this fragile, powerful child that is the hope of his race. Daemon endures unspeakable horrors for his Queen, horrors that could mean the permanent loss of his sanity, his family, his friends, and her, the woman he loves above all else.

I don’t want to be too specific, because this is such an amazing series that I recommend to everyone. Be advised that it’s pretty violent, but the world is so vividly drawn, the characters so remarkable, that I re-read the entire series (the trilogy and beyond) at least twice a year. Here’s the link to the trilogy:

Who is my favorite fictional hero?  What a delicious question!
To me, Rhett Butler is the ultimate hero.  His rough and tumble, bad boy past taught him to be the man he was when he first laid eyes on the woman he knew he must have.  On the outside, Rhett truly appeared to be a scoundrel.  Willing to do anything to get what he wanted.  (Truly, was he much different than Scarlett???)  He was the epitome of an alpha hero – determined, strong, stubborn, opinionated, dangerous and just a tad rough around the edges.
But, once Margaret Mitchell introduced us to the true, ooey-gooey, makes-our-heart-melt Rhett, raise your hand if you didn’t swoon!  When we met the Rhett who stood at the bottom of the stairs and knew, immediately, that Scarlett would be his.  That he would prove to her through kisses, gifts, passion and compassion that he would be there for her forever.  When he proudly cherished his daughter with the same intensity that he had for her mother.  When he finally realized that Scarlett truly would never love him for the man he was, and had the strength and courage to finally walk out the door…
Frankly, my dears, I DO give a damn.  Rhett truly, truly was a man of strength, honor, courage, passion and above all, love.  (Oh, and the fact that he was completely, 100% swoon-worthy doesn’t hurt, either!)

Pick one–one–favorite hero? I think that’s why romance is my favorite genre, because I get to ‘fall in love’ with a new hero each time I pick up a new book. I have some faves that vary by genre.

RS– Frank Knight. He’s the hero of Julie Ann Walker’s second, BKI book, IN RIDES TROUBLE. He’s big and gruff and loyal. He has a heart the size of Texas and is a total badass. He isn’t your typical, pretty-boy perfect hero. Frank has scars and some inner fears. He reminds me so much of my hubby Frank, that it’s impossible not to adore him.

PNR– I have to say that I’ve found myself falling for Gideon. Y’all haven’t met him yet, but . . . damn. Gideon is the hero in Kate SeRine’s EVER AFTER (A Transplanted Tale Novel). He’s smart and gallant, and so . . . good. Look for it when it releases from Kensington.

HISTORICAL– Johanna Lindsey totally ensnared me with her Malory Family (and, as an agent, I’d LOVE to discover a family saga in this vein), especially James the ex-pirate/gentleman. His story, Gentle Rogue, is a go-to for rereads.

YA–This one goes to Aelyx. Of the planet L’eihr. Yeah. He’s a foreign exchange student–foreign, as in, another solar system. Raised in a complex society where emotions are not expressed, seeing that Aelyx has feelings (and they run deep) is just more incentive to L’ove this hero. Check him out in ALIENATED by Melissa Landers.
NA– Mateo from Cecy Robson’s new series ONCE PERFECT. Matteo is a bouncer who was dishonorably discharged from the military after he beats up the guy that raped his sister. He’s down on his luck, down on himself, and supporting his family through underground MMA fights. He’s a tough guy with the purest heart. He is . . . perfect. The author keeps talking about the hero in her second book ONCE LOVED, Brody, but I’m still team Mateo. The other NA hero that I’m crushing on is also former-military. In BROKEN, Paul Langdon comes home from Afghanistan scarred, crippled and as broken internally as he is physically. His journey is heartwarming and beautiful.

CONTEMPORARY– Kate Meader’s hero, Chef Jack Kilroy is H-O-T in the Chicago-set FEEL THE HEAT. He knows his way around women–and a kitchen. Shane August, the hero in Jessica Lemmon’s TEMPTING THE BILLIONAIRE has that same, powerful I’m-in-control sexy vibe going on.

Even though I read the first book in the series many years ago, Jamie has stayed with me as my number one. Jamie is the perfect hero without being too perfect.  He’s a fine blend of determination, wit, loyalty, humility and honor. He’s brave and willing to do anything for the people who are important to him, whether it’s living in a cave for years, having nails driven into his hand, letting the love of his life leave him, or even sacrificing his body to his enemy. To top it all off, Jamie is a Scottish Highlander complete with an accent and yes, a kilt. Men in kilts just seem to do something for me!

Jamie is the ultimate hero. But don’t take my word for it. I’ve selected a few of my favorite quotes to illustrate my love for Jamie Fraser…

“I can bear pain myself, he said softly, but I couldna bear yours. That would take more strength than I have.”

“For where all love is, the speaking is unnecessary. It is all. It is undying. And it is enough.”

“It has always been forever, for me, Sassenach”

“Ye werena the first lass I kissed,” he said softly. “But I swear you’ll be the last.”

“You dinna need to understand me, Sassenach,” he said quietly. “So long as you love me.”

My favorite heroine is Anne from Anne of Green Gables.