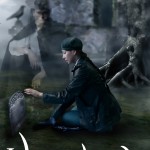 Y’all I am super excited to have cornered our own Loni Lynne in the lagoon. She’s getting tipsy on the One Fin Cosmopolitan, so you know she’s going to spill the goods. Why is she in such a party-down mood? Because her debut novel Wanted: One Ghost was released this week and it’s time to celebrate.

Since it’s always 5 p.m. in the Waterworld Mermaid lagoon, grab yourself an adult beverage and join the conversation with Loni. And be sure to play along in the comments for a chance to win Loni’s debut novel, Wanted: One Ghost.

OK, I have to ask about your writing space. Where does the magic happen?

My daughter’s former bedroom which now has my L- shaped writing desk, an aerobics ball I use for a chair and three book shelves loaded with romance books and research books.

I’m going to totally out you because you’re one of the more quiet mermaids in the lagoon. I promise not to share it with the world *wink*, but what are three things about you that would surprise other people? 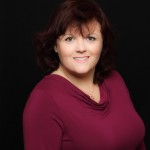 1.) One of my first jobs was as a radio DJ for a country music station out in western Oklahoma.

2.) I joined the Navy right after high school and tried out for Navy Diver when they started to accept women in the program…I didn’t make it.

3.) Was stationed for four years in Hawaii.

Loni, you have led an interesting life, which is great for a writer. 🙂 How did you get your idea for Wanted: One Ghost?

After a few ghost tours I wondered what the ghosts would think or do so I created my own version of ideas.

If you could divine history by touching objects, like your heroine April, what event or person would you like to know more about?

I’ve always had a thing for Revolutionary War era. I would have loved to sit in on the signing of the Declaration of Independence or sat and talked with Ben Franklin.

James, your hero, is a ghost/ladies man. That’s quite a combination. What inspired you?

I consider that era so full of charming gentlemen. He was a combination of some of the historical romance heroes I read in the 1980’s and 90’s.

Are you a history buff? If so, what’s your favorite era and why?

To read about and study, I love Colonial American and Westward Expansion. I grew up in the Midwest and was fascinated when my family moved and traveled frequently around the country. First thing we did was check out local museums.

OK, now for the most important question ever. Historical hotties (i.e. who’d you rather): A dashing Duke or a brawny Viking?

Who’s ready to get their hands on a copy of Wanted: One Ghost? Yay! I want to giveaway a digital copy to one lucky commenter (open internationally) who answers this question: If you could divine history by touching objects, like April- the heroine in Wanted: One Ghost, what event or person would you like to know more about?

Put your answer in the comments and I’ll pick a winner at random on Monday. 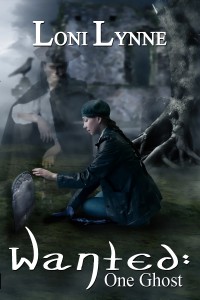 Stuck in ghostly limbo for 238 years, James Addison can’t move on to an afterlife.  After being falsely accused of treason and executed, fate’s cursed him to remain an earth-bound specter until he meets a historian sent to research his past.

Distrustful of fate, Dr. April Branford wants to be taken seriously, but her unique ability to divine history by touching objects seriously compromises her credibility. Her latest assignment?  James Addison, a legendary colonial ladies’ man with a shadowy past.  Without much to go on, she doesn’t hold out much hope to discover the man behind the legend until the day she accidentally touches him and brings him back to life.

With the help of family and ghosts from James’s past, they unravel the truth. But after falling in love and with time running out, it’s hard for April to believe in fate and a future where forever is now.

23 thoughts on “Party Time in the Lagoon! Loni Lynne #Book Release and #Giveaway!”