By Avery, Denny, Loni and Masha

Hey all! Thanks so much for hanging out with us during our blogoversary blowout week. There are 13 mermaids in the lagoon, so we broke the week’s posts into groups via genre – just like the tables were grouped by genre at the very first Washington Romance Writers retreat we all attended together. Cool, eh?

This year for our blogoversary, we’re telling tales (not pulling mermaid fishy tails) about some of our favorite memories from that first retreat. Be sure to check them all out and enter the Rafflecopter giveaway at the bottom of each day’s post to win a fantabulous prize pack that includes a $25 Amazon gift card, books, reader goodies, a mermaid nightie, a Waterworld Mermaids water bottle and fun stuff galore!

One of my favorite memories of meeting a mermaid was meeting Kimberly MacCarron. There I was sitting quietly in a corner — OK, you know that’s a lie. So there I was chatting up a complete stranger before one of the workshops started. I stopped talking ever so briefly to suck in a breath when BAM! the woman next to me starts talking about the difficulties of making Persian rice. It was such a total non-sequiter and she talked with such passion, I knew we were destined to be friends. Either that or we’d have a who-can-talk-more battle to the death. That crazy woman with the waving hands and sarcastic tweak to her tone was none other than Kimberly MacCarron who to this day can talk me under a table without even breaking a sweat. 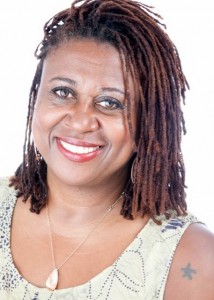 My memories of my first WRW Retreat are sketchy. It was of course the weekend when I entered into the land of Mermaids, but I actually wasn’t in the mood to attend. I’d never been to the Retreat. I had tried to attend one or two times, but it was always sold out by the time I’d mailed in my registration. So, my  critique partner Joy Daniels (Danielle:) said I had to go, so I signed up. I didn’t mingle much outside of the orientation for first-time members, but I do remember sitting near Mermaid Alethea. She was very chatty (and a little scary:)…she kept telling me I needed to write short stories. Every time I saw her she said ‘You should be writing short stories.” I didn’t ask her why. I just nodded and smiled.
The only other clear memory I have was sitting next to Sherrilyn Kenyon during lunch. I didn’t know who she was though. Sorry, but seriously, I didn’t. After a few minutes of chatting (we didn’t talk about writing either), I learned she was very nice, funny, and she talked a lot. I do recall saying to myself, “Self, if everyone at WRW is like her, this could be fun.”
Then someone stood up and said, now I’d like to introduce our keynote speaker, and the gal sitting next to me stood up, and I grinned, thinking, I bet everyone thinks I really know her.
Okay, that was a typical all about ‘me’ moment,  but I can’t lie during the weeklong celebration of the Waterworld Memaids blog-anniversary, right? 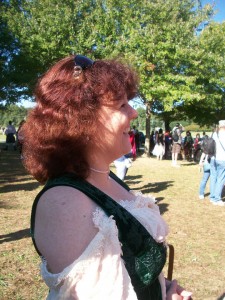 It was after the final session on Friday night, before everyone went their separate ways (some of us to the small bar at the hotel).  I was walking down the corridor in between the dining area and the break-out rooms when someone said, “I could sure use a drink!”

I replied, “Me too.  An Amaretto and Sprite would really hit the spot.”

The woman turned to me and said, “Really? I’ve never heard of that.”

The next thing I knew we were sitting at the bar with a drink and talking about our stories and our lives. Within minutes it was like we were old friends.  Susan asked me about my book I was pitching (which is now my debut novel, Wanted: One Ghost) in the morning.  I told her how nervous I was.  It was my first time to pitch—ever!!

Needless to say, she was there for me the rest of the weekend.  It was great!  We exchanged emails and when I got home, excited to have had two full ms. from my pitches, I went to work on preparing them to send.  Susan emailed me about the group forming of a bunch of virgin-WRW retreat ladies who were putting together a blog page—had never done one of those either.  The rest they say, “Is history!” 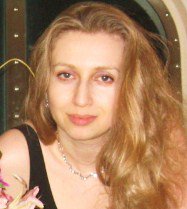 So there was this table.  It was supposed to be inspirational.  Inspirational writing, that is. Turns out, everyone at the table wrote everything but inspirational.  A glitter infused chickie, who had more energy than two thousand fireflies in a small glass jar, decided to rename the table. It was no longer inspirational, but that’s what it turned into.
So there we were. A motly crew of writers. I listened as they told their stories, fascinated by the different journeys. I don’t usually feel comfortable crowds, even less so when forced to speak. But at this bouillonbase table, I felt comfortable, safe.
So there I was that night. At home. Because that’s what I do. Hellicopter around like a wordless specter. What I later found out were my soon-to-be sisters were hooting it up.  Mermaid style. At a game of Jeopardy (or such). As usual, I missed out, but that’s okay. It was by choice.
A few days later I got an invite to join them in the sisterhood of mermaids. Me. The one who never says much. Who doesn’t participate with gusto.  And is always more present in spirit than in person.
And for me, that’s how it began.  They’ve put up with my missing deadlines, complaining, tardiness and continued hellicoptering. And they’ve done this without question, without recriminations and always with support and a hearty “we’ll be here.” And so I thank them.. again, from behind the computer screen, because that’s where I feel safe. The writer journey is a tough one, but these women make the road less lonely.  Thank you. 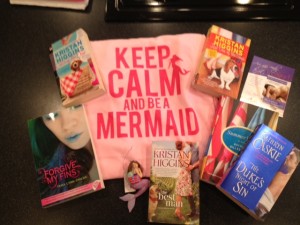 29 thoughts on “Mermaid Blogoversary: Getting Our Freak On AKA Paranormal Day”