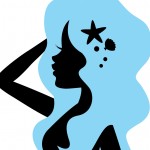 I nagged and nagged, but finally the fabulous Mr. Flynn agreed to be my Guy Day interviewee. What can I tell you about him? Well, he’s from New Jersey, but without the accent. He’s almost a full foot taller than me. And Kate Upton is on his island. 🙂

Imagine, you’re totally unlucky enough to never have met me (I know, I know it’s heartbreaking) You walk into a bar and see three equally attractive women. How do you decide who to hit on?

So you’re saying take looks completely out of the equation because they’re even? I don’t know if that’s even possible in a hypothetical case. But I’ll play along. You didn’t say whether they were all alone (or upright, for that matter) at the bar. So the first thing I would do is see how they were interacting with folks at the bar. Does one of them have a sexy laugh? Is one of them acting like a bitch because the waitress or bartender isn’t tending to them fast enough? Does another seem too pretentious? I can tell you the last thing I would probably notice is shoes.

What do romance writers get wrong about men?

I have to be one of the least qualified people to answer that question. That’s like asking someone without a TV to talk about what’s wrong with cable news. The extent of my knowledge about romance writers pretty much starts and ends with you. If the writing in the genre is anything like the book covers, I think men are doing OK. 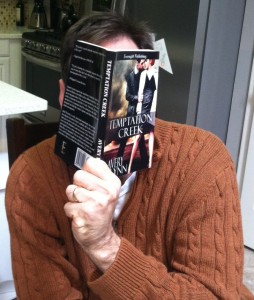 What type of guy do you think would make the perfect romance novel hero?

I’m definitely not the target audience. But growing up watching reruns of ‘70s crime dramas, I always thought that Jim Rockford and Banacek were awesome characters, oozing cool as they solved crimes and hocked up with attractive women. James Garner played the moody but likeable Rockford superbly in the “The Rockford Files.” George Peppard played the cultured lead in “Banacek.” Like Rockford, Banacek was intelligent, funny and mysterious. Those qualities would probably still work today in romance novels or TV – minus the leisure suits, of course.

Describe the perfect day without a woman.

Probably starts with a run or hockey. Definitely a long breakfast at a diner with a newspaper. If I’m out of town, I like to walk around see the sights.

Now describe the perfect day with a woman (you do know that’s me right?).

That’s difficult to say. Our best days are often our most spontaneous. But the day starts and ends in a hotel suite with the ‘do not disturb’ sign on the door. In between, we eat good food, have plenty of laughs and drinks, and even enjoy some relaxing silence.

What is the most embarrassing thing about having a wife who writes romance?

I don’t know about embarrassing, but it’s kind of weird to share you in a way with strangers.

Now there was one question he wouldn’t answer and that was which one of my heroes was he most like. The truth is, whether he realizes it or not, he’s the basis for all of them.

32 thoughts on “The Fabulous Mr. Flynn Swims With the Mermaids”