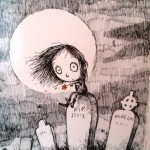 It was actually four years ago.  Wow,
the time has really gone by fast.

Seven months after that, I read my first romance novel.  “Seize the Night” by Sherrilyn Kenyon.

I fell in love with about a million things from reading that
book.  I could not believe the topics she
wrote about.  Gosh, it’s still
mind-blowing and beautiful.  And then I
read more.  And more.  And then other romance authors.   (My husband was deployed during all this so
I was really living it up in romance-land.)
I loved that I had stumbled upon this genre where so many things weren’t
forbidden.  I won’t lie.  One of my first realizations was that here
was finally a bunch of people who could write about the one thing we all need 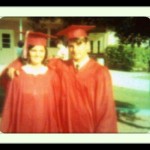 to happen for our lives to begin.  Nature
doing exactly what it pleases.  Two
people having sex.  And hopefully falling
in love.  And needless to say, I love
this community and the open-minded people who write all these inspiring stories.

So, it kind of breaks my heart to have to say this, but here
it goes.

I know of a young man, a hero.  He started out that way at least.  Sizzling good looks and a heart of gold to go

with it.  But in 1969, many heroes like
this young man left to fight for our country, experienced ungodly horrific
things, and returned home to a very un-heroic welcome.  And for this young man, it broke him.  For the next several decades, he spent his
days and nights as one big ball of conflict.
Battling those war-born demons.  Trying so hard to be worthy… his good heart
suffering for the pain no decent man could possibly know how to deal with.  There were wives, divorces, kids.  Pain.
Suffering.  But like any bonafide
hero, that little light living buried in his heart never went out
completely.  Finally, after years and
years of wandering around, a hero inside a lost and battered soul, he found the
love of his life.  His soul mate.  Slowly, the hero found his way back to the
forefront.  Yes, it took some work.  And a health scare.  Nothing like your own mortality to make you 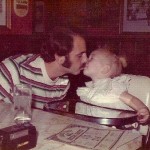 see a bit more clearly.  Focused.  Now this hero’s life was filled with love—from
his wife, his children, his friends.   Forgiveness he worked so hard for came from those
he had hurt in the past.  He was happy.  Finally.  And then this hero was killed.    At 58
years old.

If ever a hero deserved a happy ending, isn’t it him?  He turned his life around.   Sacrificed.
Found love.  Treasured and
cherished it.  Learned all his
lessons.

Are we really willing to deny him his happy ending simply

because he died and left behind the love of his life?

Just because one half
of your heart leaves this earth and goes to that unknown place beyond–doesn’t
mean you didn’t earn your happily ever after.
If you’ve lost your soul mate—I am going to stand up for you right now
and declare, “And they lived happily ever after.”

29 thoughts on “Death and the Happy Ending”