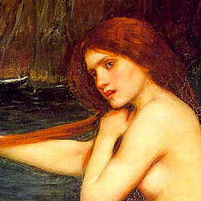 Even my teenage fairy goddaughters agree: cartoons today stink. The mid-eighties were the best time to be a kid on Saturday morning. Jem, Kid Video, Dungeons & Dragons, The Gummi Bears, The Thirteen Ghosts of Scooby Doo, Strawberry Shortcake (the original, non-crappy version)…the list goes on. You have a favorite. You know which one. (Feel free to post it in the comments!)

Even our commercials were cooler. McDonald’s pulled a Weird Al Yankovic on “Für Elise,” the Schoolhouse rocked,  and Fruit Wheats was the “in” cereal. Nowadays, all the fairy goddaughters know is which horrible prescription medication can get them a piece of a civil lawsuit and how much they can save on car insurance.

My little sister and I ate up those cartoons. We’d watch for hours on the weekends. After the VCR was invented (yes, shortly after the extinction of the dinosaurs), we taped them and watched them over and over again during the week. Sometimes we even just watched the commercials over and over again. We got the dolls and the records and the happy meal toys, and we’d color in our Jem coloring books while we watched more shows.

Looking back now, I realize what a lot of those cartoons had in common: a family. Not just a blood-related family–sometimes it was simply a band of mismatched misfits (and in Jem‘s case, literally) who were thrown together and, using their combined forces, became awesome. My sister and I wanted to be a part of something like that, a club, secret or not, that was even cooler than our already-cool family who went on infamous European vacations and threw the best parties. And we weren’t alone.

So we rounded up the kids on the court–Me, Soteria, Devin, Megan, Chris, Allison, and whoever happened to be at our houses that weekend–and we made teams. Secret societies. Clubs. There was one where we all had posh names like Clarissa and Penelope and “Mudd; James Mudd” and we’d run around the yard talking to each other in falsetto British accents. One time, Devin and Megan had so many cousins over that I couldn’t remember all their names, so I called them “Spike” and “Jeremy” and “Webster Poom”…and then I made up new names for the rest of us.

One of the best clubs was the Thundercats Club. I designed colorful ID cards with our names on them and then laminated them in clear shelf paper, the same way Mom laminated her recipe cards–one of my greatest ideas EVER. I made a lot of ID cards for a lot of clubs that year. One of my friends from Elementary School contacted me on Facebook a while back and told me how proud she was that she still had hers.

Deep down, I think we all want that in some way: to belong. To have a family. To be part of something bigger and much cooler than yourself (and it always helps if you have superpowers). To be in a circle of likeminded misfits that just want to make the world a better place and plan to have fun doing it. This desire doesn’t stop as we grow older, it just turns into quilting circles and dart leagues and actual families we create from our wombs. The only difference is, nobody takes the time to make painstakingly hand-illustrated ID cards anymore.

Last month, I attended my very first Washington Romance Writers retreat here in Leesburg, VA. My number one goal? To make friends. I mean, not only were all these women also writers, but most of them also lived within coffee-drinking distance. There were roughly 110 attendees (we got a list). By the end of the weekend, one of these women was going to be my new best friend. Or else.

But I noticed something as I smiled my dazzling smile and introduced myself to one and all: a lot of women were also first-timers. A whole lot. Like, more than ten percent. Every time I turned around, I saw a new badge with a little blue “1st” ribbon sticking out of the bottom. Like me, these women were also beautiful and enthusiastic. They were a diverse group who wrote about diverse topics in a range of genres. Each one was at a unique stage in her writing career, but we all had the same goals: to have a writing career. And to make friends.

That weekend ended far too soon. I didn’t want to say goodbye and let it all go. And the minute I started my car in the parking lot I had one thought: I had to make a club. I needed to dust off those wild, impulsive instigator impulses and find a way to keep us all together. The coolest thing about this little epiphany was realizing just how far we could take it. This is, after all, the twenty-first century. Code names have become avatars and ID cards turned into website pages and lapel pins. We’ve come a long way from the eighties, baby.

And so, without further ado: World, I would like to introduce you to The Waterworld Mermaids. You guys are gonna love this.