This week featured The Comfort Boy from Carlene Love Flores and Garden of Knight by Dana Rodgers. Recently, we cornered our fellow mermaids in the lagoon and got the story behind their stories.

In this moody thriller, a grief-stricken and sleep-deprived mother struggles against the family who thinks she’s gone mad until a mysterious man comes to her aid.

What inspired your Waterworld Mermaids: Come Inside Our Garden story? 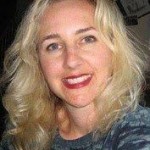 Carlene: When Avery Mermaid suggested we post short stories unified by a garden theme, I was immediately excited at all the possibilities the idea held.  But when I sat down to brainstorm, all I could pull were snippets.  A mixed up girl purposely pricking her finger on a cactus or a man and woman at odds over the risky procedure of transplanting a rare flower.  I tried to take these ideas further but it just wasn’t happening.  Wanting desperately to contribute something to this special project but short on time and words with our deadline approaching, I decided to browse through a few ideas I’d already started.  That’s when I came across “The Comfort Boy”, an unfinished nightmare story I’d jotted down  one night last year after having a similar dream.  At that time, there was no real garden but the story did mention a bouquet of fake flowers.  When I thought of the somewhat dark and twisted way I was going to weave my garden into this story, it gave me a thrill and so I hope you enjoy what it has become.

Garden of Knight by Dana Rodgers

In this paranormal tale, Gemma finds happiness in the quiet garden of the secluded estate, but soon finds herself in a life or death struggle to uncover her family’s mysterious heritage before it’s too late.

What inspired your Waterworld Mermaids: Come Inside Our Garden story? 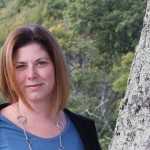 Dana: Garden of Knight was a story inspired by a challenge from my sister mermaids. My only guidance was that the story be a romance and set in a garden. After tossing around endless possibilities I decided I wanted to play off of a fairy tale. From there I needed to connect my heroine to the garden and thought what better way than if the hero is actually a statue that later comes to life. But that begged the question of how he became the statue to begin with? And what would make him human again? I liked the idea of an ancient curse, so Sorin sprang fully formed into my mind as a member of an ancient order of knights whose sole job was to travel around and rid the world of evil creatures.

Drawing on Little Red Riding Hood I made Gemma’s family werewolves and decided that maybe Sorin was cursed, so he could learn that not all werewolves are bad. My next step was figuring out what it would take to free a man who is very firm in his belief that werewolves are evil. I thought if anything is going to touch this big, strong man’s heart it would be a broken hearted child. So I made Gemma a kind little girl and an orphan who develops a special bond with Sorin while he is in statue form. But that came with problems; how do you develop a romance between a statue and a young girl? Through dreams I gave them a connection beyond the fondness he would have developed being around her everyday, and then I sent her away so he wouldn’t view her like a sister or daughter when she returned fully-grown years later. I wanted Sorin’s character to fall in love with Gemma and recognize that she, and other werewolves like her, did not choose their destiny but had it thrust upon them much like he had.

* * *
Come back on Monday to read The Garden Party by Denny S. Bryce.